Boundaries in Separation and Divorce 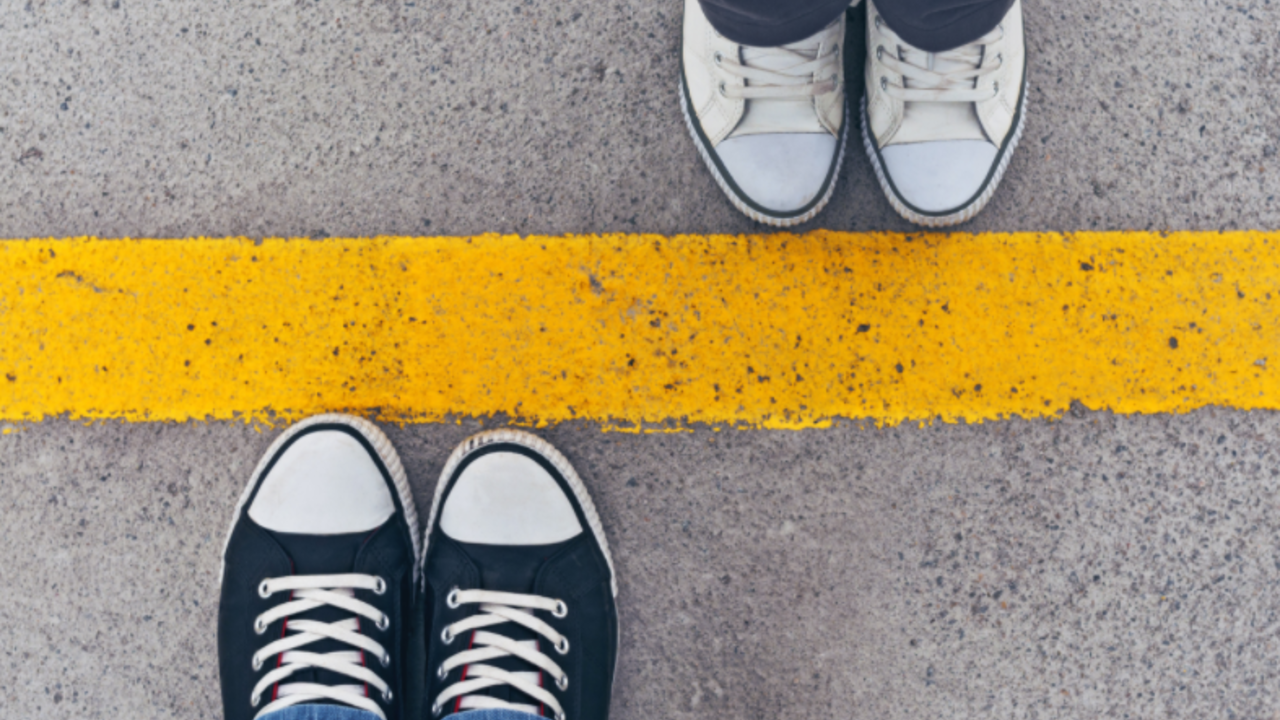 When parents start living in two separate households, they need to redefine their boundaries, especially in regard to the children. There are many boundaries that people generally don’t think about when everyone lives in the same home. But after separation, boundaries need to be defined, discussed and decided. The following are some standard practices that seem to work.

At the time of separation, there is often a period of time when one parent moves out of the family residence and the other parent remains in it. This can be a time of confusion in many areas of life. However, it is important to clarify as soon as possible whose residence is whose. Even if both parents own the house, it often helps to identify it as just one parent’s residence while the other parent stays somewhere else in his or her own residence. Then, each parent has their own residence and no longer should have access to the other residence, except by agreement with the parent in the residence. In a sense, one parent is the “tenant” in the previous family residence, even though both parents are still the “landlords.” Thinking this way will help in several areas:

Entering the house: Landlords are required to give notice, such as 24 hours, if they are going to enter the home of a tenant. Parents should take the same approach. Agree 24 hours in advance, if the other parent plans to enter the house for some reason. However, it is common to agree on shorter notice if both parents agree. The general principle is that each person is in charge of their own residence. This can also mean changing the locks, so that there are no surprises and expectations are clear.

Picking up personal property: Just because these are now separate residences, it generally does not give the parent in the house the right to move or throw out or pack up the out-parent’s personal belongings. The best approach is to schedule a time (or times) when the out-parent will come to pick up belongings and agreed-upon furniture. The other parent can be present, in which case it often helps to have a neutral third person there as well, to help keep the peace if there are disagreements over who gets which items. If there is a dispute, the items should stay put until they can be discussed and agreed upon at another time. That avoids any physical tugs of war over specific items.

Selling the house: If both parents are co-owners of the house, then they must both be involved in making decisions about a sale. For more details on this, see the book Divorcing the House by Laurel Starks, which gives lots of helpful suggestions for navigating these issues.

Each parent gets to make the decisions for their own household regarding rules, activities, supervision, bed times, etc. While parents may offer suggestions to each other, they are only suggestions. It’s up to each parent what suggestions they want to use, if any.

This is part of the principle of “flexible thinking” that is emphasized in New Ways for Families, a skills training method for co-parents after separation and divorce. Each parent runs their own household their own way. Children learn that there is more than one way of doing things.

Contact with the children when they are staying at the other parent’s residence can be a tricky issue. When co-parents have good communication and the children feel secure with both of them, this is often easy to handle. Parents say that the children can call the other parent at any reasonable time. Reasonable means that they can’t call the out-parent when they are supposed to be doing homework or chores or an activity with the in-parent. Likewise, in cooperative co-parenting families like this, the out-parent can call and talk to the children most of the time, as long as they can accept that it’s not a good time sometimes.

Some families schedule regular phone calls, so that the children can be available and schedules can be planned around the call. This might be on Tuesday and Thursday evening between 7:00 – 7:30pm, when children have several days without seeing the other parent. If they see each parent every 2-3 days, or if the child is very young, then this may not be necessary. Daily scheduled phone calls often become disruptive and are discouraged in most cases.

In families with difficult communication, phone calls with the children while at the other parent’s home can be an area of dispute. Therefore, many parents simply have an agreement (or sometimes they are court-ordered) to not have phone calls with the children at all while they are at the other parent’s home. This relieves stress on the children because they don’t feel caught in the middle. This is a clear boundary that’s easy to remember regardless of what the parenting schedule is.

This is also an area of cooperation in some families and high conflict in others. If there is on-going tension between the parents, many agree to simply communicate by email except in emergencies. Many court orders in high-conflict cases say that the parents should only communicate by email. Many courts order parents to communicate via Our Family Wizard (www.OurFamilyWizard.com), which keeps track emails so that parents are more respectful and issues of parent communication can be reviewed if necessary later on.

Another helpful method of communicating by email is to use BIFF Responses. These are kept: Brief, Informative, Friendly and Firm. For more on this method see https://www.highconflictinstitute.com/biff-responses/. This method can also be used to keep in-person communication calm.

Discussions with the Children

Each parent should be able to discuss anything with the children without restriction. Some parents say that what happens in their home is none of the other parent’s business. This is true in terms of decision-making, but children should not be restricted in their conversations with the other parent. However, how this is done can influence the child negatively or positively. Here’s some standard pointers to consider:

On the other hand, after a child spends time with one parent and then goes to the other parents home, it is fine to ask the child “How are you doing? How was your weekend? Etc.” in general terms. This are polite questions that all children should learn to ask their friends and family members. Then, it’s up to the child to answer in whatever manner he or she wishes. It’s okay if the child doesn’t want to say very much, if anything, about their time with the other parent. That’s fine.

And if the child wants to talk about their time with the other parent, that should be fine as well. That’s often how children learn and process their life experiences. They should be able to share happy times, sad times and frustrating times with either or both parents, without restriction. Sometimes, parents can give suggestions about how to deal with the other parent if there hear of a problem. However, with that said, each parent should avoid passing judgment on how the child spends time with the other parent – and especially avoid making disparaging remarks about how the parent runs their household.

Another issue is having the children pass messages between the parents. This is usually a very awkward experience for children, as they feel caught in the middle again. Children absorb their parents’ upset emotions very easily, and if they are the bearers of upsetting information, it’s easy for parents to direct it at them. Better to leave the children out of it.

In closing, here’s an example of a parent handling a weekend exchange in a positive manner, taken from my book Don’t Alienate the Kids! Raising Resilient Children While Avoiding High Conflict Divorce:

Suppose that a child, Josh, spent the weekend at his dad’s house. Now he’s just returned to his mom’s house.

“Josh, you look upset,” she says. “Did something upsetting happen this weekend?”

“Oh, Dad made me do my homework instead of letting me watch Alien Creeps yesterday. Now all my friends have seen it, and I feel left out,” says Josh.

“That sounds frustrating,” Mom said, scrunching up her face with a brief frustrated expression. “I know what it’s like to feel left out sometimes. [She’s mirroring his feelings and reassuring Josh.] Next time, maybe you can ask your dad to help you get your homework done at the beginning of the weekend. [She’s suggesting skills for solving this problem, namely planning ahead.] What do you think of that idea?”

“Well, I know you’re upset right now, because you didn’t get to go with your friends. [Mirroring, reassuring] But let’s not talk about your dad that way. He means well and wants you to succeed, just as I do.” [Teaching skills of “understanding it’s not personal” and not speaking “that way.”]

“Can we stop talking about this?” Josh sighs.

In this example, Mom showed love by mirroring Josh’s feelings by scrunching up her face with a brief frustrated expression and saying: “I know what it’s like to feel left out sometimes.” This was reassuring to Josh, although he didn’t let on that it was.

Next, Mom shifted to skills by encouraging Josh to deal with the world – his father in this case. Love and skills.

Bill Eddy  is a lawyer, therapist, and mediator. He is the co-founder and Training Director of the High Conflict Institute, a training and consultation firm that trains professionals to deal with high-conflict people and situations. He is the author of several books  and methods  for handling high conflict personalities  and high-conflict disputes with the most difficult people.